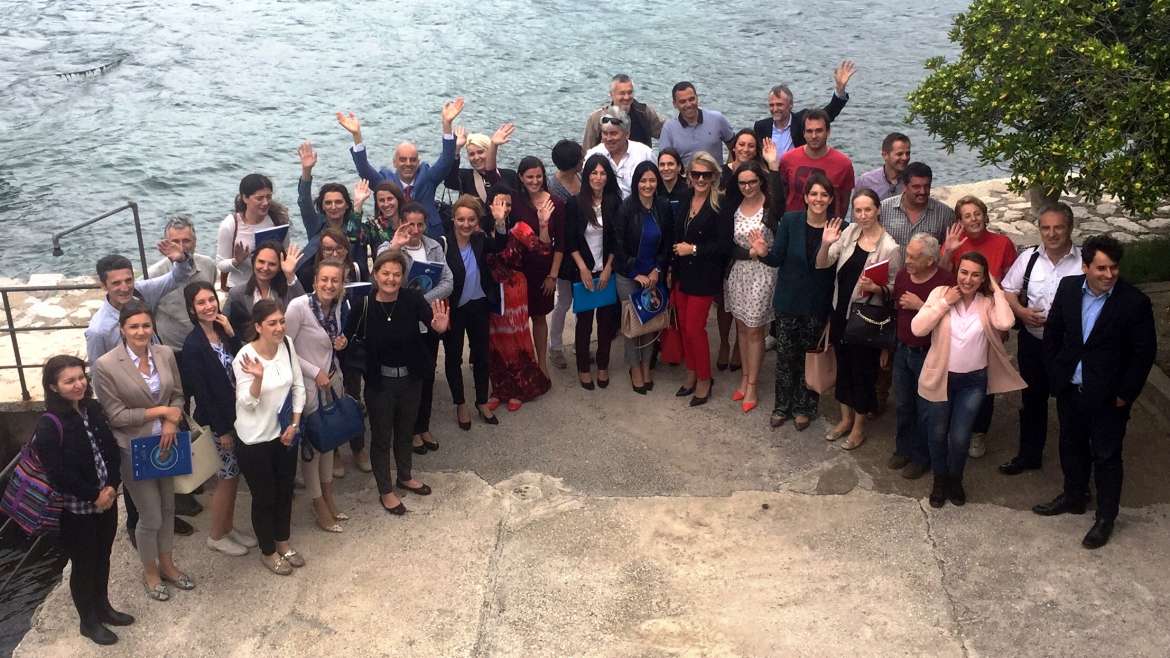 A workshop on the topic “Invasive and alien species” was held at the Institute of Marine Biology. The mentioned workshop is one of the activities of the project “The Boka Aquarium – MonteAqua Sea Biodiversity Conservation Center” implemented by the Institute of Marine Biology in Kotor in cooperation with the Center for Fisheries and the Bodiversity Conservation of Inland Waters, Institute of Biology and Ecology, Faculty of Natural Sciences and Mathematics, University of Kragujevac. The project was made possible by the donation of the Norwegian Ministry of Foreign Affairs, represented by the Norwegian Embassy in Belgrade.

Invasive Alien Species (IAS) are animals and plants that are introduced accidentally or deliberately into a natural environment where they are not normally found, with serious negative consequences for their new environment. They represent a major threat to native plants and animals in Europe, causing damage worth billions of euros to the European economy every year. As invasive alien species do not respect borders, coordinated action at the European level will be more effective than individual actions at the Member State level. Regulation (EU) 1143/2014 on invasive alien species (the IAS Regulation) entered into force on 1 January 2015, fulfilling Action 16 of Target 5 of the EU 2020 Biodiversity Strategy.  It provides for a set of measures to be taken across the EU in relation to invasive alien species included on a list of Invasive Alien Species of Union concern. Three distinct types of measures are envisaged, which follow an internationally agreed hierarchical approach to combatting IAS:

Prevention: a number of robust measures aimed at preventing IAS of Union concern from entering the EU, either intentionally or unintentionally.

Early detection and rapid eradication: Member States must put in place a surveillance system to detect the presence of IAS of Union concern as early as possible and take rapid eradication measures to prevent them from establishing.

Management: some IAS of Union concern are already well-established in certain Member States and concerted management action is needed so that they do not spread any further and to minimize the harm they cause.

The workshop was attended by over 50 participants from nearly 20 different institutions of Montenegro. Representatives of state institutions, municipalities of Kotor, Tivat and Herceg Novi, non-governmental organizations, private companies and a significant number of colleagues from the Institute of Marine Biology took part in the workshop.

In the introductory presentation, welcoming speech was performed by the director of the Institute Mirko Djurović, who briefly presented the project “MonteAqua”, which will enable Boka Kotorska to have an aquarium with indigenous species of the southern Adriatic for the first time. Project Manager “Monteaqua” Radoje Laušević, who presented five groups of activities in the presentation – networking, capacity building, communication, workshops and the development of professional studies, which should contribute to the improvement of the process of Montenegro’s accession to the European Union in the field of nature protection in relation to water ecosystems and sustainable management of protected aquatic ecosystems.

Through his presentation, Dr Jakov Dulčić from the Institute of Oceanography and Fisheries from Split, who spoke about the implementation of such a law in Croatia, which has recently been a member of the EU, stressed the problems that could be caused by the introduction of foreign and invasive foreign species into our marine ecological traits, and especially when one establishes its population as is the case with dark marble (lat Siganus luridus), which is recorded along the entire eastern coast of the Adriatic Sea, from Montenegrin to Italian waters.

Dr Danilo Mrdak, a professor of the study program Biology at Faculty of Natural Sciences and Mathematics in Podgorica, pointed out that in freshwater ecosystems, out of 77 fish species, 16 were introduced and endangered a fauna that already exists, either entering a competition for space or food, or are predators, they bring new pathogens that never existed in our ecosystems .

A little more about the draft law on invasive and introduced species, which was put on public inspection on April 27th and will be available until 7th June, spoke at the workshop Milena Bataković from the Environmental Protection Agency of the Ministry of Sustainable Development and Tourism. So far, the members of this law have been in the Law on Nature Protection, but due to the complexity of the problems, a more complex legal framework has been introduced at the EU level, which is transposed into our legislation, which strictly regulates many things.

Participation in the workshop was also taken by Jovana Tomanić from the Institute of Marine Biology, who presented the benefits of the new Lek method (Local Ecological Knowledge) in order to monitor the emergence of new species of fish and crustaceans in the sea due to climate change, followed by Jelena Leković ,from the Agency for the Protection of Life center of the Ministry of Sustainable Development and Tourism, explained the steps that need to be fulfilled when issuing the license for import and export of plants, animals and mushrooms as well as protected species. Mr. Novica Mijović from the Port Authority Bar presented the procedure for controlling the ballast waters of cargo ships and highlighted the competencies of the maritime safety inspection, as well as the necessity of cooperation with the environmental inspection. At the end of the workshop, Mr. Til Dieterich, an advisor in the Nature Conservation Department of the Ministry of Sustainable Development and Tourism, highlighted the necessity of making not only a list of entered and invasive species but also distribution maps and an estimation of the size of the population. He also emphasized that it is one of the obligations towards the European Union and the development of an Action Plan for invasive alien species that covers at least those of particular interest. This kind of an action plan would be the basis for law enforcement and give concrete guidance on how to cope with emerging situations.

The next workshop within the project “Monteaqua” is scheduled for June 12 this year, also in the hall of the Institute of Marine Biology, with the topics about sustainable fisheries and the fight against illegal fishing. 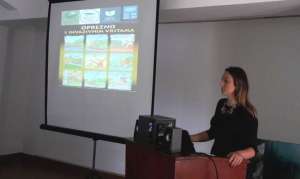 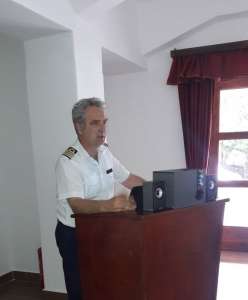 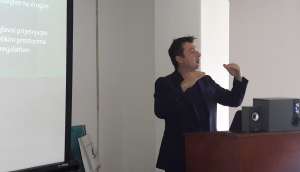 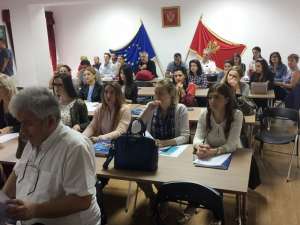 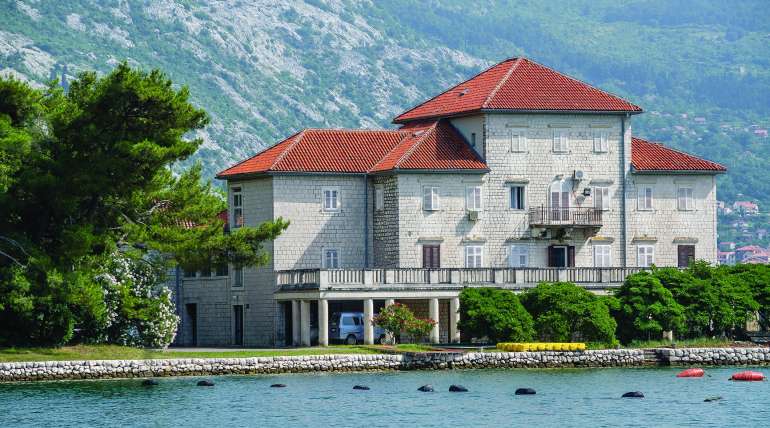