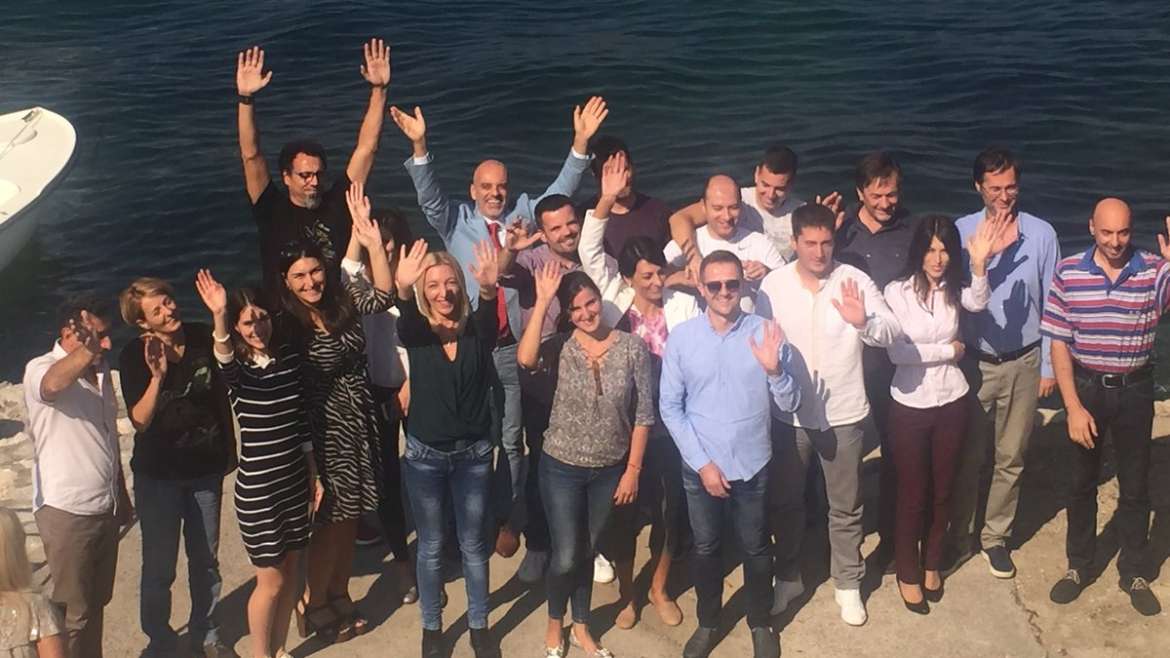 A workshop on the topic “Zoo Directive” and “CITES” (Convention on International Trade in Endangered Species of Wild Fauna and Fauna) was held at the Institute of Marine Biology on October 9th.

The mentioned workshop is one of the activities of the project “The Boka Aquarium – MonteAqua Sea Biodiversity Conservation Center” (orig. “Marine Biodiversity Conservation Center” Boka Aquarium “- MonteAqua”) implemented by the Institute of Marine Biology in Kotor in cooperation with the Center for Fisheries and the protection of the biological diversity of land waters of the Institute of Biology and Ecology, Faculty Sciences, University of Kragujevac. The project was granted by  the Norwegian Ministry of Foreign Affairs, represented by the Norwegian Embassy in Belgrade.

The theme of the workshop is based on EU Directive 1999/22 / EC (the “Zoo” Directive) on the control of wild animals in zoos and the “CITES” Convention on International Trade in Endangered Species of Wild Animals and Plants. The goal of  “Zoo Directive” is to strengthen the role of the zoo in preserving biodiversity. The directive invites Member States to adopt licensing measures in accordance with the rules on trade of wild animals by implementing CITES, and ensure that trade does not jeopardize the survival of those species in the wild. The directive and the convention also include a review of zoos (aquariums) to ensure that zoos (aquariums) respect certain conservation and protection measures, including the proper accommodation of animals. The lecturers at the workshop presented the transposition of EU laws in Montenegro that are related to the directive / convention, as well as the experience and advice on implementing the directive on the example of the aquarium in Dubrovnik. 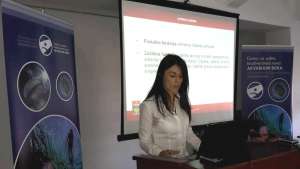 Representative of the Agency for Protection of Nature and Environment  Mr Vladimir Pavićević said what represents the CITES Convention and highlights  that this convention regulates the traffic close to 36 000 different types of plants and animals. The species are according to the level of vulnerability and control regime, allocated according to Annexes I, II and III of this Convention. “It is estimated that the value of trade in wild animals and herbs as well as their derivatives at the annual level is estimated at $ 1 billion and includes thousands of wildlife specimens.If this type of trade is not controlled in an adequate way (with prohibitions and restrictions on trade for certain species) , the consequences can be drastic, as well as the reversible lack of species “, – said Pavićević. The CITES Convention was ratified in 2001 in the FRY and began to apply in May 2002. Montenegro continued to  implement  the Convention on its territory since June 2007. In the last 5 years, the most common import licenses are CITES licenses: Prunus african (tablets) derivatives, seedlings of some plant species from cactus families, orchids and palm trees and tomatoes. 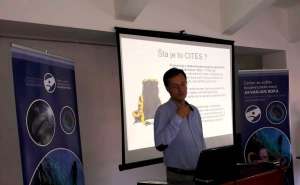 Representative of the Customs Administration, Ms. Lidija Vukčević emphasized the need for closer cooperation with relevant scientific institutions which have to provide support in determination of plants and animals species from the  list of protected and endangered. Those species should not be allowed to enter across the border without appropriate license. Also, she emphasized that import, export of wild species of plants, animals and fungus can be done only with the permission of the Agency for Nature and Environment Protection in accordance with the international agreements. Transit of these organisms through the territory of Montenegro perform  based on the export or  import license issued by the competent authority of the country of export or import. Imports and exports of these organisms can only be performed at border crossings where is  organize veterinary and phytosanitary control. Ms. Lidija Vukčević stated that the most common organisms that are transfer across the border are  birds, and besides that there are frequent cases of reptiles and various plants . If we talk about aquariums, these are the various corals and tropical fish that can be transfer across the border. 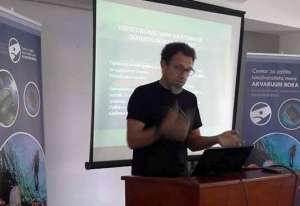 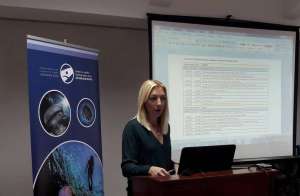 Prof. Dr Valter Kozul, at the  part of the workshop dedicated to the “Zoo” directive, shered the experience of the Dubrovnik Aquarium that exist since 1956 and now is part of the Institute for the Sea and Coastal Region of the University of Dubrovnik. Mr. Kozhul said that in recent years research in the aquarium focused on the breeding and maintenance of protected species (Periska Pinna nobilis, Drozd Labrus viridis), new species in mariculture (Gof Seriola dumerili, Epinephelus marginatus and Epinephelus costae, Vrana Labrus merula, Face Lichia Amia, the arrow of Trachinotus ovatus), and monitoring the appearance of new species in the Adriatic Sea (Blue Cancer Callinectes sapidus, Dark Marbles Siganus luridus, Caulerpa taxifolia, Caulerpa racemosa and others). He also said that the aquarium organisms are provided by hunting ,buying and also  by cooperation with fishermen, as well as exchange with other aquariums. 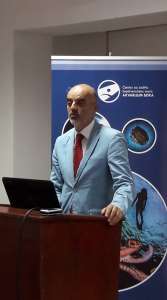 Aquariums can be used as one form of biodiversity protection.Aquarium should protect endangerd plant and animals from harmful effect of human influence. Protection should be  consisted  of a whole range of methods and actions that fall into the field of science, law and applied biological disciplines (forestry, agriculture, horticulture, pharmacy, etc.).

Soon, the Institute of Biology of Sea will call an international tender for the selection of contractors for the first Biological Diversity Center in Montenegro. This center will consist of two organizational units. The first is the Boka Aquarium, and the second center is a shelter  for injured and endangered marine organisms. Boka Aquarium will be the first public marine aquarium in Montenegro, – said project manager MonteAqua Dr Radoje Laušević. 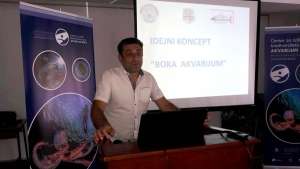 The main function is public and we want to show the most characteristic fish species of the Adriatic and the Mediterranean Sea to all interested visitors, but also provide  doing of  very important scientific research activities in order to protect these species. The center for the shelter for injured and endangered marine organisms will “accommodate” all those organisms that careless citizens want to get rid of their homes or which were confiscated by Montenegrin customs. The conceptual soluton of the Center was explained by Dr. Vladica Simić from Kragujevac, who said that there will be 16 pools: with protected species, then the largest with sharks, tropical zone, sponge shells, rhizomes and echiksans and others. The opening of the aquarium is planned for June 2020. 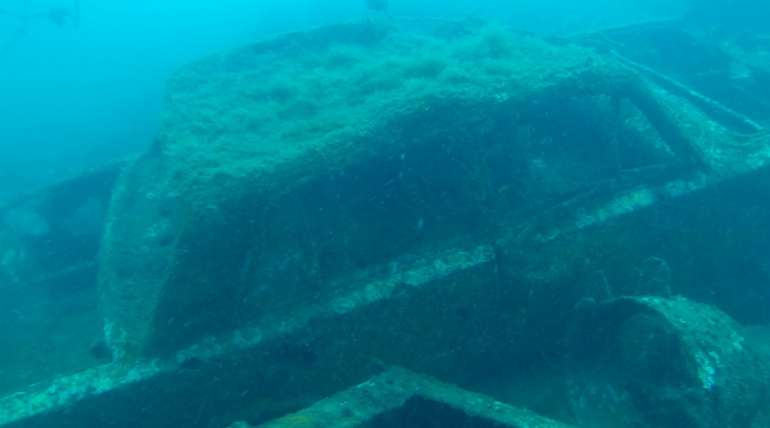 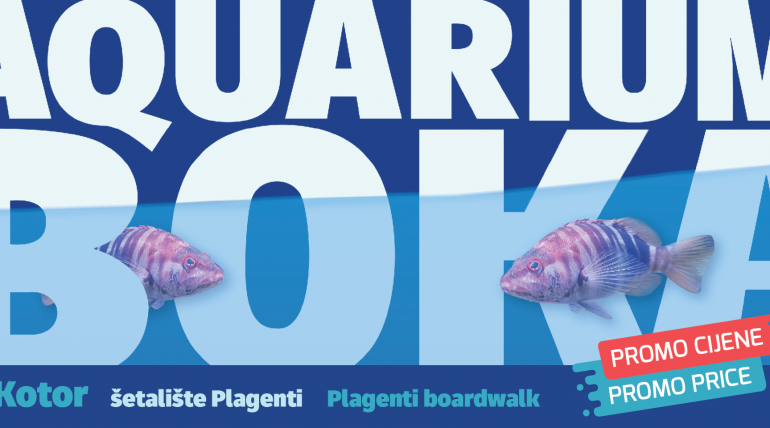